We sold Albert's Tele to a Blues lover who actuall saw, admired, loved, and met Albert at a Blues club in Austin, Texas.  The guitar found a Good Loving Home!  Finally.
I have known Erik Smith for 30 years and I feel honored to be the one to represent Albert's second stage guitar that he played for about 8 of his last remaining years,, this guitar is NOT for everyone,,, but it did need a new home,, the story though is yours to read and keep.

The guitar was a 1985 Fender Telecaster Custom reissue w/binding and was made in Japan.  Purchased new in 1986 and definished from sunburst to natural by a reputable Detroit luthier who routed it out for the humbucker.  Neck date is 8-18-85 Serial# A-015905 and has the original Fender case.  Letter of Provenance, pictures, his guitar strap, and possible video footage of Albert using it live on stage are included.

If you were lucky enough to have seen the late Albert Collins perform anywhere in the world during the whirlwind of his career in the late 1980s and early 90s, then you may have seen this guitar in his uniquely talented hands, either attached to his trademark white strap, or perhaps resting on a nearby amp on stage, just in case he popped a string, (which he did regularly.) Albert's high-energy shows were often pretty tough on strings, not to mention his 50-foot guitar cord. As fans and fellow musicians know, he refused to ever go "wireless." He was the true "Master of the Telecaster" as Fender finally recognized with a special issue tribute guitar following his death. This, however, is the real thing from his legendary past.

We were fortunate to have met Albert Collins back in April 1993 when Albert's longtime friend, television news personality Erik Smith arranged for Albert to come to our Michigan Guitar Show to do a an appearance. " To my astonishment, Albert rolls up to the show in his old Greyhound tour bus, and yes, he was behind the wheel! " He was so cool and warm with everyone, and there were literally thousands of players and collectors wandering through to find their next or maybe "dream" collectible guitar. "Master" that he was, Albert just hung out, signing autographs, dropping some licks on some vintage Teles, and adding that special charm to a bunch of photos that still hang on Ol' Gordy's Music walls. He was only scheduled to be there 45-minutes. He stayed two hours!

Aside from being one of Albert's closest friends, Erik Smith traveled the countryside from the Great Lakes to California to produce a three-part documentary on Albert's life on the road, now available for viewing on You Tube. Incidentally, Erik also found time to join Albert's wife, Gwendolyn, in writing several songs for the final Collins' studio album, properly titled: "Iceman." Incidentally, this CD is still available for listening or purchase on Amazon.            It's been 25 years since the world lost Albert Collins and Erik said goodbye to the years of fun, the countless shows, the hours of collaboration, sharing Jack Daniels or E&J Brandy in paper cups, and the laughter the two men shared for so many years. The time for a personal goodbye to this unique instrument has come.

Erik actually bought this guitar for Albert who was not in the habit of carrying a backup when he needed one. It was perfectly copied to accommodate Albert's special tastes and personal liking, with the exception of the rosewood fretboard. It was outfitted with the vintage JBJ Seymour Duncan humbucker pickup to duplicate his primary guitar which now rests in the Rock & Roll Hall of Fame in Cleveland. It saw it's first known stage action in concert at St. Andrew's Hall in downtown Detroit in June 1988.  Please notice: the original half-worn strings are still on the guitar as they were on the day Albert returned it to Erik. The guitar is EXACTLY the way it was 25 years ago the last time Albert played it! SOME SERIOUS MOJO-VIBES!

Shortly after our spring guitar show in '93, Albert Collins brought the instrument back to Erik along with the worst possible news. Albert had liver cancer and was undergoing alternative therapy. His touring schedule was suddenly closing and he didn't want anything to happen to this gift from his special friend. They met for a final time at his home in Las Vegas. There was a night on the strip, a shot at the slots, dinner half-eaten and in days a chapter in their life closed. Several promises were made and the guitar has been kept under lock and key for the past 25 years until now. Now, one of the world's greatest blues guitarist's own tools deserves to be heard again!The rest is as good as it can get.

After watching and listening to Albert play a lot lately,, I personally would have to say that Albert Collins was a guitar innovator,, and 10 years ago I could only say that about 2 or maybe 3 other guitar players that are alive or EVER lived.  That is my personal opinion.  You don't have to like it or agree,,, it is how I feel after almost 70 years of being on this planet.

Play on Albert.  You are missed but we have your music.

Online information:
Born October 1st. 1932After a three-month battle with cancer, Collins died at his home in Las Vegas, Nevada, on November 24, 1993. He was 61 years old. Surviving him were his wife, Gwendolyn, and his father, Andy Thomas.Collins was an inspiration to a generation of Texas guitar players, including Stevie Ray Vaughan and Jimmie Vaughan. He was among a small group of Texas blues players, along with Johnny "Guitar" Watson and Johnny Copeland, who shaped the legacy of T-Bone Walker into a modern blues template that was to have a major influence on many later players. In an interview with Guitar World magazine, Robert Cray said, "it was seeing Albert Collins at a rock festival in 1969 that really turned my head around." Two years later, Collins played at Cray's high-school graduation party in Tacoma, Washington, and the ice-pick sound sunk in deep: "That was it," Cray recalled. "That changed my whole life around. From that moment I started seriously studying the blues."Collins is remembered for his informal and audience-engaging live performances. He would frequently leave the stage while still playing to mingle with the audience. The use of an extended guitar lead allowed Collins to go outside clubs to the sidewalk; one anecdote stated that he left a club with the audience in tow to visit the store next door to buy a candy bar without once stopping his act.He is also remembered for his humorous stage presence, which is recounted in the documentary Antones: Austin's Home of the Blues: Collins was playing a lengthy solo one night at Antone's and left the building whilst still playing. He returned to the stage still playing the solo and resumed entertaining the audience in person. Shortly afterwards a man arrived at the club and gave Collins the pizza he had just ordered. 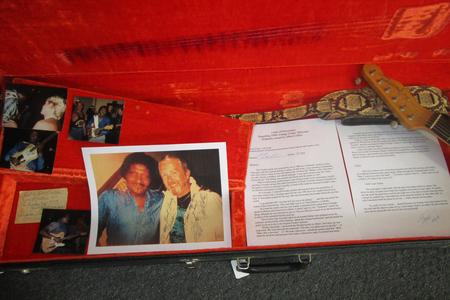 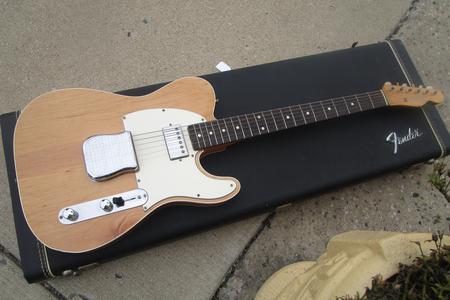 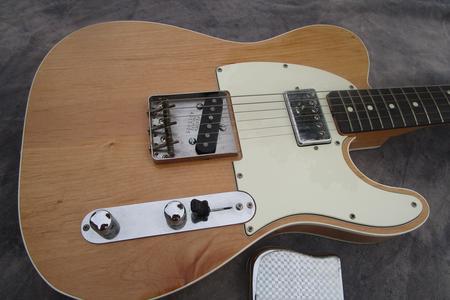 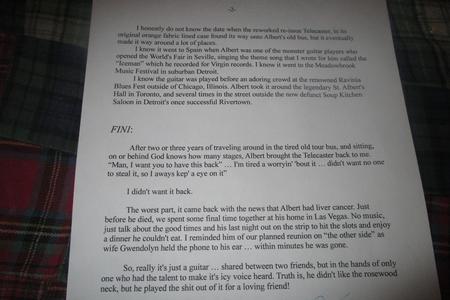 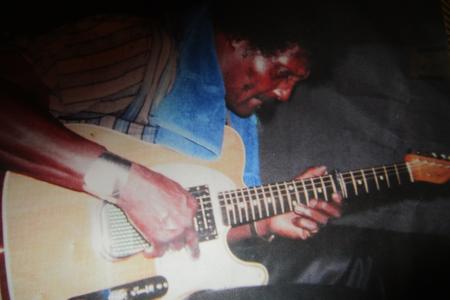 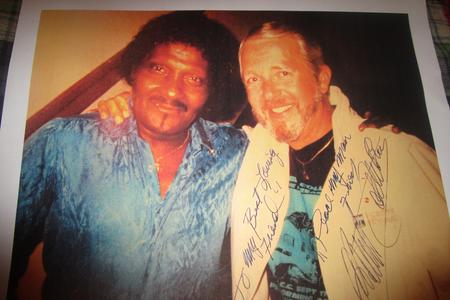